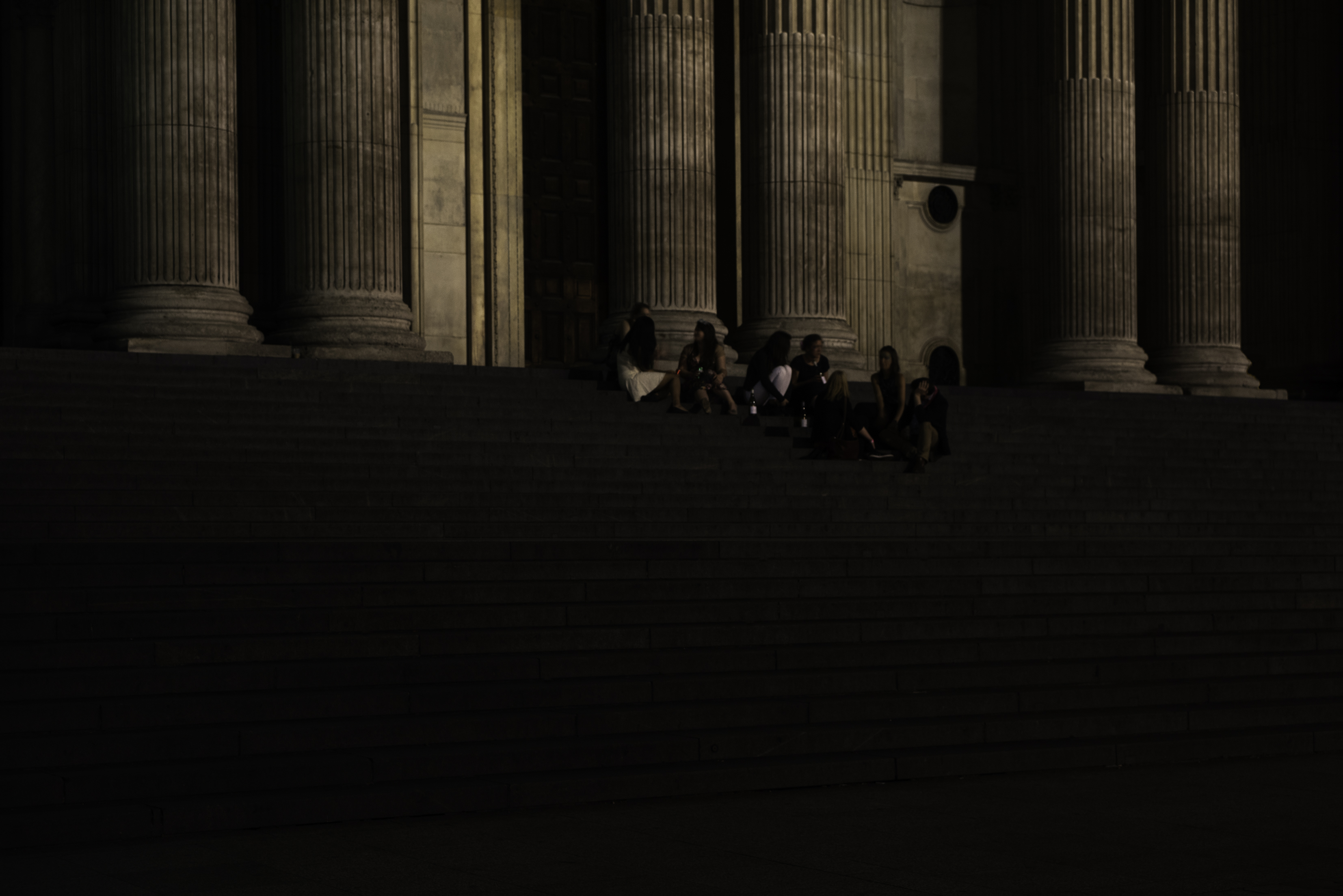 Allegory – using the veneer of one narrative to disguise the meaning of another.

Anchoring – the physical and metaphysical rooting of a building to the context of its setting.

Balance – equivalence of balance can be achieved in two ways: symmetrically (axial balance) and asymmentrically (counterbalance)

Chora – is a concept of an invisible, indeterminate receptacle or place.

Closure – as part of Gestalt theory, where we fill in or optically close incomplete information

Coda – concluding experience of a journey though a building. An entrance experienced in the opposite direction

Composition – a vehicle for bringing order to chaos

Edge Condition – is a place of tension, of intensification and conflict. forest/field

Elegance – going beyond appearance to the essence of the thing itself

Intervention – the impact architecture has on its context

Linearity – the dominating directional dynamic, either individual or multiple lines of force

Locus – is the focal point, an exact place

Module – a unit used in construction, ranging from a brick to a space module/pod

Nodes – one of five elements described by Kevin Lynch in his Image of the City: ‘paths’, ‘edges’, ‘districts’, ‘landmarks’ and ‘nodes’. Intersections, concentrations or the clear articulation of a coupling device

Paradox – Architecture is, by necessity, both poetic and pragmatic

Parameters – In architecture: literally a boundary. Parameters are embodied in natural laws, regulations, client expectations and our own lack of imagination in decreasing order of rigour.

Porosity – Discussed by Walter Benjamin when describing city characteristics, such as social, spatial and temporal organization. As one thing permeates another, merging old with new, interior and exterior, and the diffusion of public and private. Urban indeterminism…

Proportion – The relationship of things to each other, or parts of a thing in relation to the whole.

Reciprocity – the state in which the part and the whole define (and re-define) each other.

Resolved – the state when the identity of the whole of a design is present in its parts, and the parts exhibit a unifying presence in the whole

Rhyme – in architecture the repetition of a similar motif

Rhythm – buildings have been alluded to as ‘frozen music’. Regular or irregular repetition – their variation evoking an image of musical time

Skin – refers to the external façade or outer layer of a building, can also refer to the inner lining to hide or reduce the effect of a crude construction

Spatiality – the void, the nothingness, the ‘in between’ that when bought into existence and given shape by the solids that define its limits becomes invested with its own apparent qualities

Symmetry – in its ancient sense, the term meant harmony, not the mirror-like connotations the word holds today

Telos – architecture adapted ‘Telos’ to mean becoming rather than being. Working toward an end rather than the final resolution

Temporality – the ephemeral, the transitory and the evanescent caught up in the moment. The past and present do not denote two temporal segments but two coexisting conditions, the present which continually passes and the past which is also continuous and through which all presents have passed

Threshold – an architectural element with deep social and emotional significance. It acts as a transition zone between outside and inside, as an idea of ‘entering’ a different space

Transition – is a shift from one place, state or condition to another (Transitional space)

Transformation – concerns change in the nature, function or condition of things. It is the name of the architectural game. Converting ideas into representations of themselves giving substance to the abstract and indeterminate – what is designed in 2D space is realized as a 3D structure

xyz space – defined by first and third angle projection, plan, section and elevation suspended in a glass box. (point, line, plane and solid). Our eyes have been taught to recognized the third dimension in nature and such learning blindfolds us to other ways of seeing and portraying space. (Donald Kunze)