Aurality and the modern urban landscape 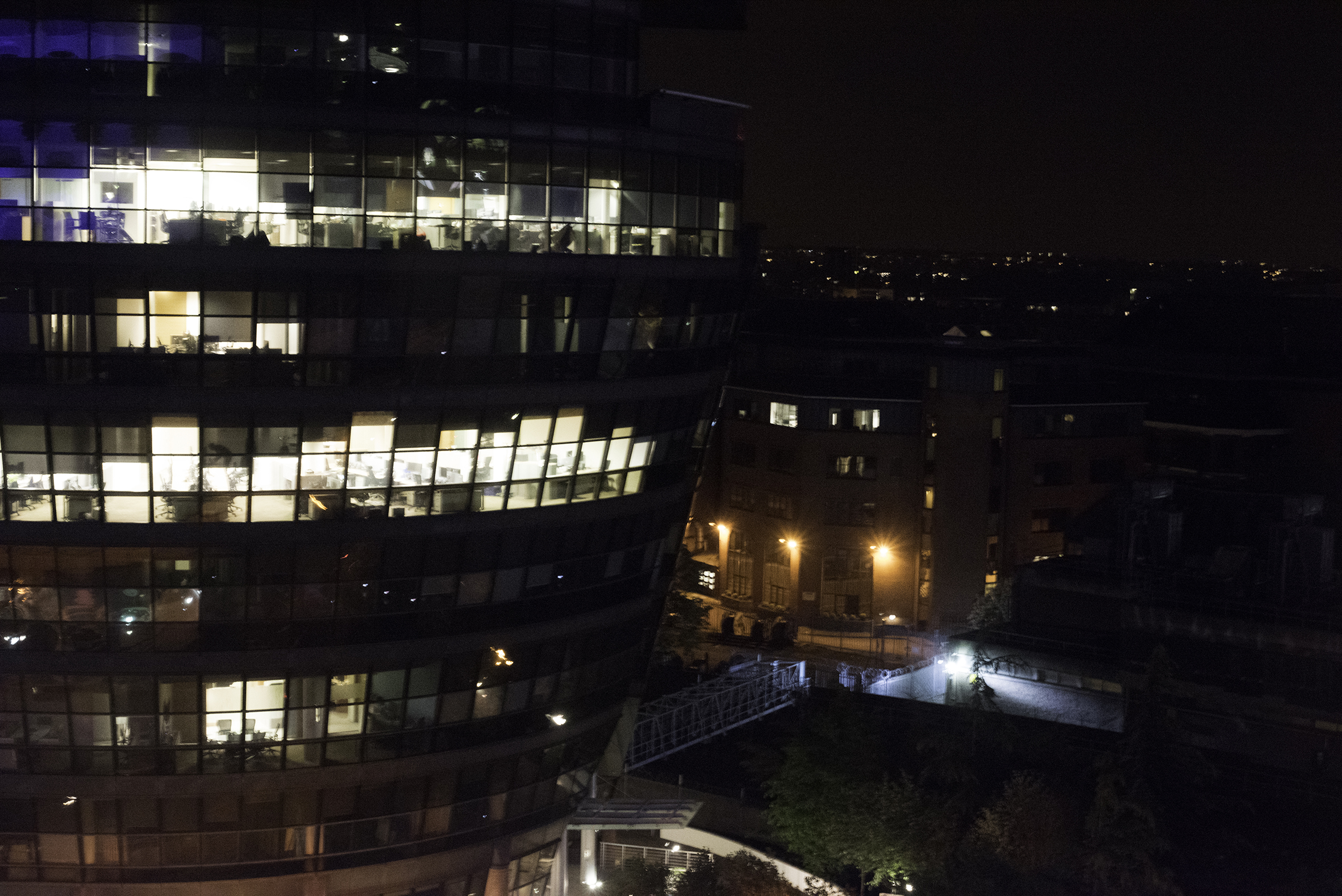 My research explores the notion of place, identity and the sonic representation of urban

environment itself is not the primary concern within the composition. What is

foregrounded is the psychological impression of the built, urban space on the individual.

Any sense of what an urban environment is emerges impressionistically through

…a symbolic form… is not some ‘intermediary’ in a process of ‘communication’ that transmits the meaning intended by the author to the audience; it is instead the result of a complex process of creation (the poietic process) that has to do with the form as well as the content of the work; it is also the point of departure for a complex process of reception (the esthesic process) that reconstructs a ‘message.'” (Nattiez 1990 – Music and Discourse: Toward a Semiology of Music, p.17)

Coupled with any philosophical contextual analysis of the urban landscape, an

interpolates with our perception of the city, is pertinent to understanding any study of

others) Iannis Xenakis. To contextualize my work within a musical frame I will discuss

composers whose work is associated with a sense of actual place. Elgar’s Cockaigne

musical imaginings made and based on the landscape of the West Pennine Moors. Dusk

and Blackdown’s portrait/travelogue of another, darker London which began with their

music; I envisage an open and experimental response to urban architecture and space,

It is the urban explorer, or more specifically Charles Beaudelaire’s ‘la flaneur’, that

Similarly, Guy Debord describes the city traveller as one who explores the urban

“a mode of experimental behaviour linked to the conditions of urban society: a technique of rapid passage through varied ambiances.” (Guy Debord)

Though specific engagement with architectural studies, urban environmental studies and

a parallel on electronic musical composition.

I will apply the concept of psychogeography to explore the cognitive, emotional and

the integrated inhabitant and the casual wanderer. An urban environmental experience

offers a panoply of contrasting and conflicting forms, visual anomalies and audible

this assessment, derived as it is from cumulative experience, through the filter of personal

identity and the direction and focus of the ‘gaze’.

In my music landscape is a determining presence. …there is a moment when I suddenly become aware of “where I am,” of the physical place, its light, its climate. It’s a kind of epiphany, after which everything flows and expands more easily. (Brian Eno – I DORMIENTI – Brian Eno and Mimmo Paladino 2000 ACSEditore Milan)

Through a philosophical and physical engagement with the urbanscape I will explore,

empirically and theoretically, the relationship between the urban protagonist and the

built environment. I believe there can be a sonic representation of the urbanscape

provides evidence of such an association.

music, I will apply the guitar, mixer, electronics and MAX processing abilities, which is

fundamental to my current process, within a practical framework of experimentation

for the production of unique sonic material.

I envisage a portfolio of works encompassing, electronic composition, site specific and

live performance video records, video as artefact and still photography. This may take

the presentational form of an interactive publication such as an iBook or web site. The

rich seam of critical possibilities for my PhD research.